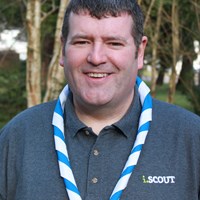 In my role as Chief Commissioner, I lead and manage volunteers across Scotland, supporting the provision of Scouting to over 40,000 young people.

Over the years, I’ve held various roles, working mainly with the Venture Scout and more recently Explorer Scout sections.  I was part of the UK team who planned and led the transition to Explorer Scouts and Scout Network, and I subsequently became the first Scottish Headquarters Explorer Commissioner.

I have a huge interest in international Scouting. Over the years I’ve attended four World Scout Jamborees, lead the UK Contingent of over 6,000 to the European Jamboree in 2005, and was on the UK management team for the World Scout Moot in Iceland in 2017. However my passion is the Blair Atholl International Patrol Jamborette which I have attended every two years since 1988 and where I was honoured to be the Camp Chief for four Jamborettes.

I believe in the importance of maintaining a role in local Scouting and was the Group Scout Leader at my local Scout Group in Lanark, where my sons are both members and my wife is a Cub Leader. I continue to be the local Explorer Scout Leader having set up the Unit attached to the Group ten years ago. I’m also an active member of the Clyde Region Training Team.

In my professional life, I’m the Head Teacher of a large Secondary School. 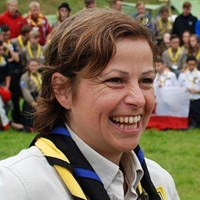 My role is to lead the development and delivery of a quality 6-25 programme across Scotland. I work in partnership with the volunteers and professional staff that make up the Scottish Programme Team to deliver the strategy of the Scottish Board ensuring that our members receive a balanced and adventurous programme.

I joined Scouting in 1993 and since being an adult member I have experienced roles across the sections, District and National environments. I have also enjoyed international experiences in Chile, Netherlands, Sweden, Norway and Blair Atholl.

I am passionate about the Programme aspect of Scouting and I’m looking forward to working with the teams to promote a positive Scouting experience for all members.  I know that so many people put so much effort into delivering a high quality programme to their young people and I want to be able to support that from a Scottish level and assist them to achieve their own goals and innovate new ideas. 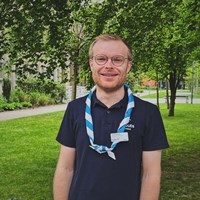 My role of Deputy Chief Commissioner for Perception involves leading on our work to grow Scouting and reach into all communities across Scotland.

This is a really exciting role at a really important time. There’s never been a more critical moment for young people to be part of Scouts. After a really difficult time for young people through the pandemic we need to make sure we are open to all who want to join us, regardless of their background because we know it will change lives for the better.

That means really driving forward our strategy for growth, working hard to reach out to the diverse communities that make up Scotland. We have made great progress in some areas but there is a lot more to be done and now is the time to fulfil our Skills for Life strategy. By being more inclusive, youth led and continuing to grow our positive public profile we can achieve amazing things for even more young people

I've been in Scouts since Beavers, and for over a decade has been the lead volunteer of the 77th Glasgow Scouts, supporting young people with complex disabilities. Nationally I've previously volunteered on the Development Grants Committee and both the Scottish and UK additional needs teams. 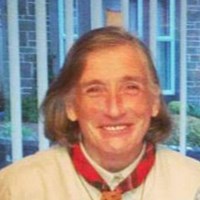 As the first Scottish Commissioner (Squirrel Scouts), I am excited to be able to support the further development of the Squirrel Scout Section in Scotland. Working with the Scottish Programme Team, myself and other Sectional Commissioners promote the delivery of a quality balanced programme that is focused on the benefits it can bring to everyone in Scouting.

I have been involved in Scouting since my youngest child joined Beaver Scouts and the Colony needed another adult to help, he’s now 26 and until a few weeks ago I was still going to Beavers weekly… During this time I have been a Parent Helper, Assistant Beaver Scout Leader, Beaver Scout Leader and ADC Beavers. I believe wholeheartedly that Scouting offers young people and adults, activities, adventures, fun and friendship that otherwise they would not have had the opportunity to develop.

Out with Scouting I am an Early Years Educator and currently support young children with additional support needs. I have been involved in Early Years of some description for all of my adult life and I am passionate about outdoor fun and building positive relationships.

I like to travel, read, visit the theatre, go walking and have recently joined a Sing It, Sign It Makaton Choir. 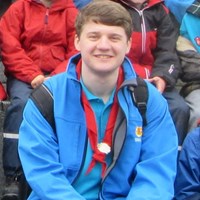 As Scotland Commissioner for Beavers, my role is to support and develop the Beaver Scout section across Scotland. As part of the programme team, I work with the other sectional commissioners to help deliver Skills for Life across the sections through a quality balanced programme.

I started as a Beaver at six years old and made my way back to the section as a Young Leader when I started Explorers. Since then I've been an Assistant Beaver Leader, Beaver Scout Leader, and Assistant District Commissioner for Beavers.

Outside of Scouting, I am a High School Mathematics Teacher and a keen musician. 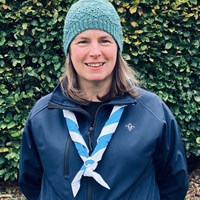 As the Scottish Commissioner (Cub Scouts), my role is to support the development of the Cub Scout Section.  As a member of the Scottish Programme Team, I work with the other Sectional Commissioners to promote delivery of a quality balanced programme.

I have very fond memories as a child of occasionally going to Scouts with my father, who was a Scout Leader, and I remember my disappointment that I could not join the Scouts (in the 1970s).  I was member of the Brownies and briefly Guides.  In 2011, I responded to an advert from my local Scout Group who needed adult volunteers.  I initially helped with Scouts but was soon moved to Cubs and have never looked back.  When my son moved up to Cubs, I became involved with national Cub camps including ScotJam and The Howling.  I have also filled in as Beaver Section Leader for a year.  Through Scouting I have made many good friends and been on countless adventures, most of which have taken me out of my comfort zone.

My life outside of Scouting is focused on my family, I am self-employed and when time permits I enjoy skiing and dinghy sailing. 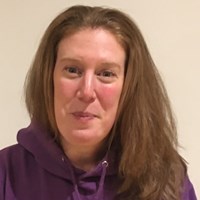 As the Scottish Commissioner (Scouts), my role is to support the development of the Scout Section. As a member of the Scottish Programme Team, I work with the other Sectional Commissioners to promote delivery of a quality balanced programme.

I began my Scouting journey as a Venture Scout and Young Leader and over the years Scouting has given me many amazing experiences, opportunities and friendships. I am passionate about the Movement and what it can offer to both young people and adults and truly believe that Scouting teaches skills and mindset that are rarely found elsewhere.

In my day job, I am an agricultural scientist working in the Scottish Government and in my spare time I am a mum to three boys! 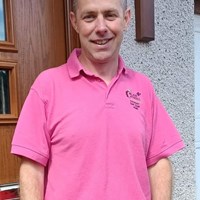 Jamie has been involved with Scouts since he joined Cubs 2 years ago in Inverness. Initially volunteering as a Scout Leader, he moved into the Explorer and Network Sections when they were launched. As well as the usual weekly events locally, Jamie was involved in the rebranding of The Caledonian Rally and attended many national events including Sub Camp team at the 2007 World Jamboree. He has also been a regular on subcamp at Blair Atholl.

Jamie said "I am looking forward to the challenge of building on the excellent Explorer Scout provision across the country as we exit the pandemic, giving the young people that have missed so much over the last few years the Explorer Scout experience that they really want. With so many options for Explorer Scouts from chasing their Top Awards, mixing local, regional and national events to Young Leader Programme, there is something for everyone as we mould the people that will replace us in running our great organisation." 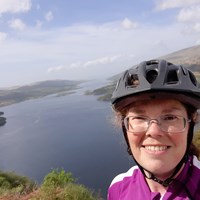 I have been involved in Scouting for most of my life and formally joined the Venture Scouts at the age of 15. I have been lucky to have had many opportunities in my Scout adventure including attending 3 World Scout Jamborees and being part of Clyde's leadership team for the 2017 Explorer Belt based in Austria and the 2018 Queen's Scout expedition  to Indonesia. Through my role as a member of the Scout Active Support at Lochgoilhead, I became an instructor for sailing, powerboating, kayaking and first aid. My passion, both as a Scout Leader and Teacher, is to provide young people with opportunities that they would otherwise not have had. The skills I gained in the outdoors have helped me to do that through camping, adventurous activities and the DofE Scheme. When I am not Scouting or doing my day job as a Chemistry Teacher, you will normally find me training for and taking on some crazy adventurous activity to raise money for charity.

As Commissioner for Community Impact, my role is to support Scouting across Scotland to continue to make a difference in our communities on issues important to our young people. Some of this will be through our ‘A Million Hands’ Campaign with our national charity partners, but equally as important are local Groups and Districts making as much of a difference with partners local to them.

My Scouting life started as a quiet 6-year-old in Coatbridge with the 2nd Coatbridge Scouts and then went onto Explorers completing my Explorer Belt in the USA.

In previous Scouting roles I was a Trustee of Scouts Scotland for 6 years and have supported 3 Blair Atholl Jamborettes. I was also a member of the first Community Impact Group that co-designed and created ‘A Million Hands’ and I project managed this for 3 years prior to the Commissioner role being created. I’ve also supported 2 World Scout Jamborees in Japan and America as part of the Operational Managers Team looking after IST Experience.

In my day job I’m a Development Officer with Who Cares? Scotland, supporting Care Experienced People with children’s rights, independent advocacy and participation work to help ensure all of Scotland’s children grow up loved and reach their full potential.

Page of 3
Next page